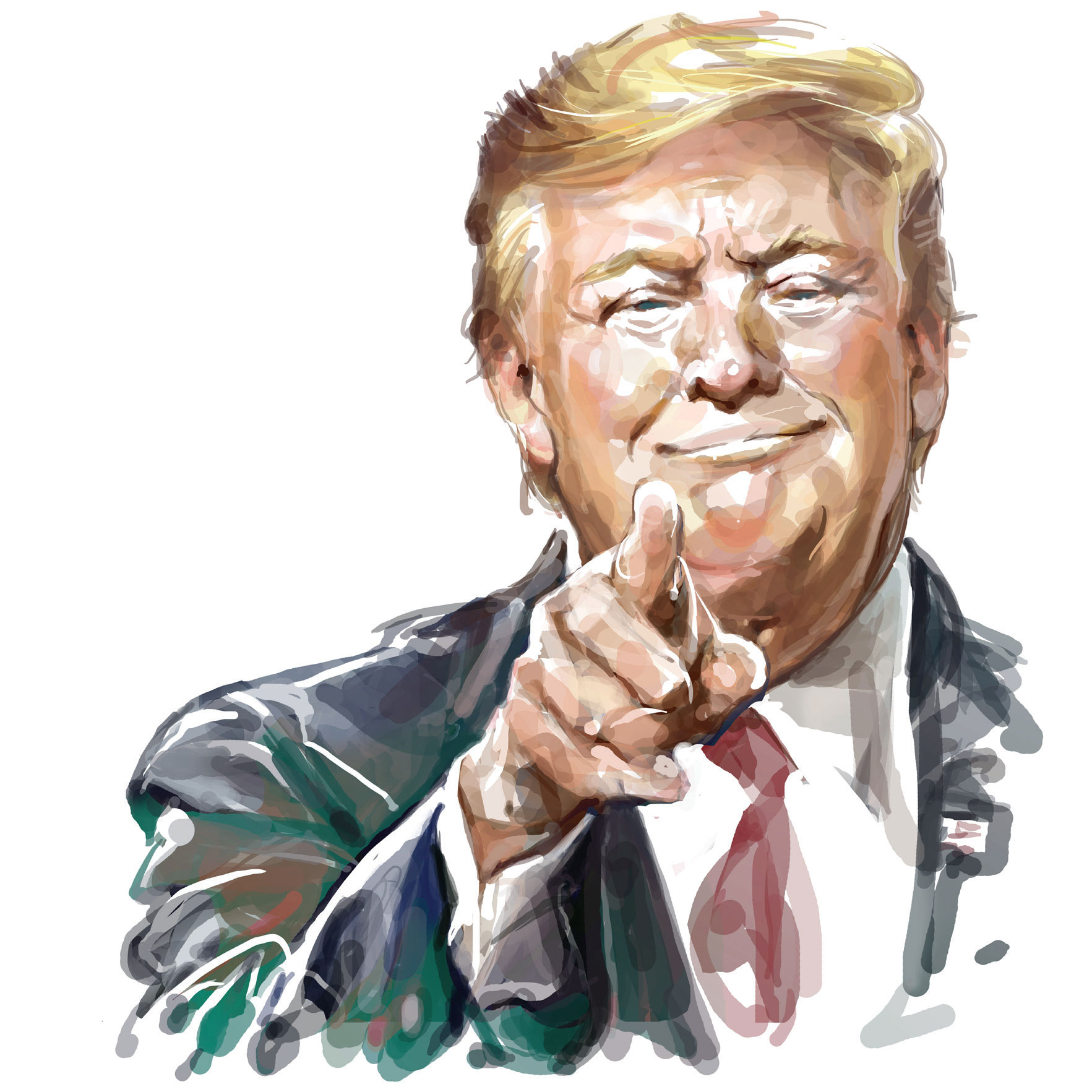 Donald Trump’s rise to power, and the fallout between the United States and China, in local terms, brought disaster to Hong Kong politics and economy.

He forcibly increased customs duties on Chinese merchandise and coerced China to import American agricultural products, ordering the industries to move out of China and relocate to Vietnam and India, thereby bringing disaster upon China’s working class and its farmers in general, enough to fill China with cries of despair and lament. However, in terms of the world at large, Trump corrected the depravities of leftards, halting the corrupting and malicious miasma of socialism, emancipated the American peasant and working class, and eventually rescuing Hong Kong and China at the end.

I have supported Trump, not because of selfish motives to do with Hong Kong or China, but for the common good. This is the Confucian approach to politics, rather like how Confucius praised Guan Zhong, the Chancellor for the State of Qi. Despite that the State of Qi have been bullying Confucius’ home state, the State of Lu, ever since Guan built it up (which have always been the case); Confucius believed that, without Guan Zhong aiding reviving the State of Qi, the Sino-Hegemony would have descended into barbarism.

In addition, Guan Zhong was lacking in personal virtues, having once served two masters. After becoming the Chancellor of Qi, he made its economy grow and encroached upon the interests of neighbouring states, at the expense of the State of Lu, which incurred losses and diminished its national vitality; and yet Confucius overlooked it. So even though Guan had failed the State of Lu, but due to him having done a service to the Sino-Hegemony, Confucius praised Guan Zhong. Now that’s magnanimity! Those students of my class on The Commentary of Zuo on the Spring and Autumn Annals would be familiar with Confucius’ desire for the greater good of the Hegemony. So even though my career had also been hindered by Trump, it is of no consequence in terms of the greater good. However, here isn’t the place to speak of such private matters.

I have supported Trump the moment he came onto the stage, not because he is a supporter of so-called universal values, but rather it is his immediate reduction of aid for democracy movements in the Third World, which had been part of the scam where the United States manufacture political coup in poorer nations, harvest movable assets and having refugees rush in to fill up the pool of fund contributors! Afterwards, it is his realistic treatment of the American-Chinese trade deficit. My immediate judgement was that this President did the right thing.

He did the right thing, and things in Hong Kong will change because of him. Reality has proven me correct.

Trump’s re-election will also be a good thing for China and Hong Kong.

What he has actually been doing is the long discarded “realpolitik”; his air of self-assurance in defying the Wuhan Influenza propaganda is based on realpolitik. The Wuhan Influenza is a weak case of flu, this is fact, and we cannot do politics based upon untruths! This is not just from a scientific perspective, but a practical one as well! With the medical frauds, everyone wearing masks and the entire world with this smug façade ... what the bloody hell?  Should extraterrestrials see such good-for-nothing Earthlings, they would turn their spaceship around and leave.

I was already writing The Trump Strategy* – first published in 2017 – for Trump when became the President-elect and has yet to take office, and I already predicted his form of governance. Looking back at it now, everything in the book has proven to be correct, and should Trump be elected, the book would still be applicable for another four years.

In March, 2020, when countries were taking advantage of the Wuhan Influence to meddling around with economic recessions, resetting the world order and going all out against China, I had already urged the Chinese communists to expose immediately the Wuhan Influenza hoax and accept liability for compensation, but not before sending delegations to observe and examine the other countries, so that those countries’ respective health departments would make fools of themselves and be humiliated in front of them! This is because a large proportion of the number of deaths from the so-called novel coronavirus is due to organ failures resulting from other chronic illnesses, and merely contracted this trifling virus just prior to their deaths.

In Italy, Britain and Germany, there are medical practitioners who had came out to testify that hospitals even identified the novel coronavirus as cause of death without having done an autopsy, in order to swindle emergency funding from the government or to have debts written off. You can all verify this in the medical news items that I have posted on my Facebook wall.

Naturally, China didn’t listen to what I said and failed to swipe such a bargain, because the Chinese leadership is not pragmatic and have not taken the practical approach, thus failing to inherit Deng Xiaoping’s ideological heritage. By acknowledging mistakes by the Chinese communists, Deng restored things to order so that there was the economic reform later on that brought China to where it is now – ranking second only to the United States, and indirectly having led Hong Kong in its prosperity and stability up until now.

* Translator’s note: the title is as translated by the Atlantic; the literal title being Trump’s Thick, Black Theory. The literal title is a reference to the Thick Black Theory, written by Li Zongwu and published in1911. https://www.theatlantic.com/international/archive/2020/10/democracy-activists-who-love-trump/616891/