Accused of being indifferent and ignoring vigilantism, Fire Services: we have inadequate experience dealing with incidents of violence 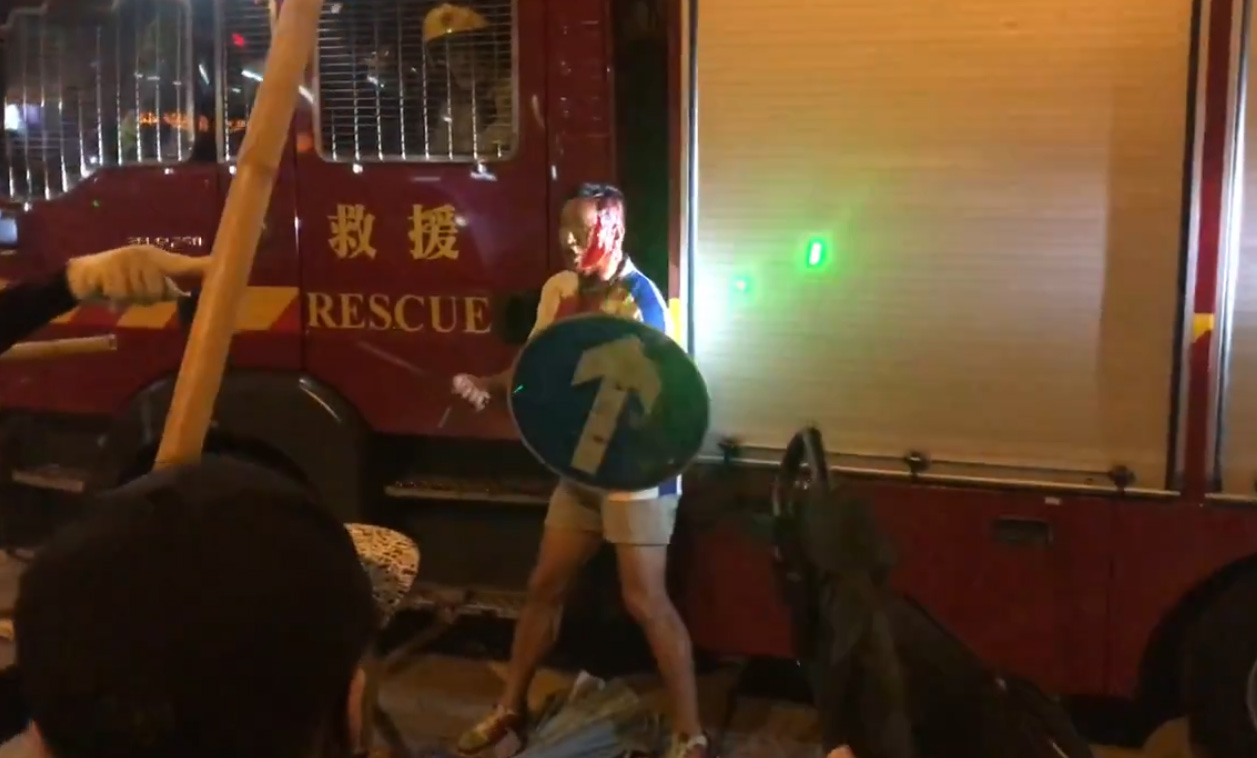 Large scale protests erupted throughout Hong Kong on 4th October, resulting from the SAR regime’s forcible enactment of the Anti-Mask Law, saw scenes of vigilantism happening in various districts; one of which was Shum Shui Po, where a man armed with a knife was subject to vigilantism at the hands of more than ten protesters.

A fire truck happened to pass by at the time of the incident, which went on for the duration of more than two minutes, with the said knife-wielding man standing next to the vehicle at the time. Afterwards, Pro-China “Blue Ribbons” criticised the Fire Services Department online, accusing the Fire Services crew of looking on with indifference and condoning vigilantism.

The Fire Services Department indicated that they are of deep concern their fire crew could not provide immediate assistance to the man in question, who had been standing next to their vehicle at Sham Shui Po last night; and while they understand that members of the public may feel disappointment, the Department hoped that the general public can sympathise with the fact that their crew do not have sufficient experience, related training and appropriate protective gear to deal with such incidents of violence.

At the time of the incident last night around 10:34pm, the Fire Services Department was notified of a second-alarm fire and sent a Water Tender and a Light Rescue Unit in response. The crew encountered a crowd of people holding bamboo, metal and wooden poles engaged in a fierce fight with a knife-wielding man in white alongside their vehicle, as they drove past the Yen Chow Street and Cheung Sha Wan Road junction, with some people from the crowd throwing a number of objects towards their vehicle.

According to the Department’s operational guidelines, Fire Services crew in encountering a violent incident is to avoid entering the area, but in the said incident they were unwittingly embroiled in a suddenly dangerous situation as they drove towards the fire scene. Their crew at the time had assessed the situation and were not able to provide immediate assistance to the man in white out of safety concerns, but they did activate their siren and shouted for the assailants to stop from inside their vehicle in the hopes of stopping their assault. Around a minute or so afterwards, the said man in white quickly left the scene and the crew continued on their way to deal with the second-alarm fire scene.

The department indicated that they will learn from their experience in response to the various social incidents in recent days, and will optimise their operational procedures as to how to deal with violent incidences.