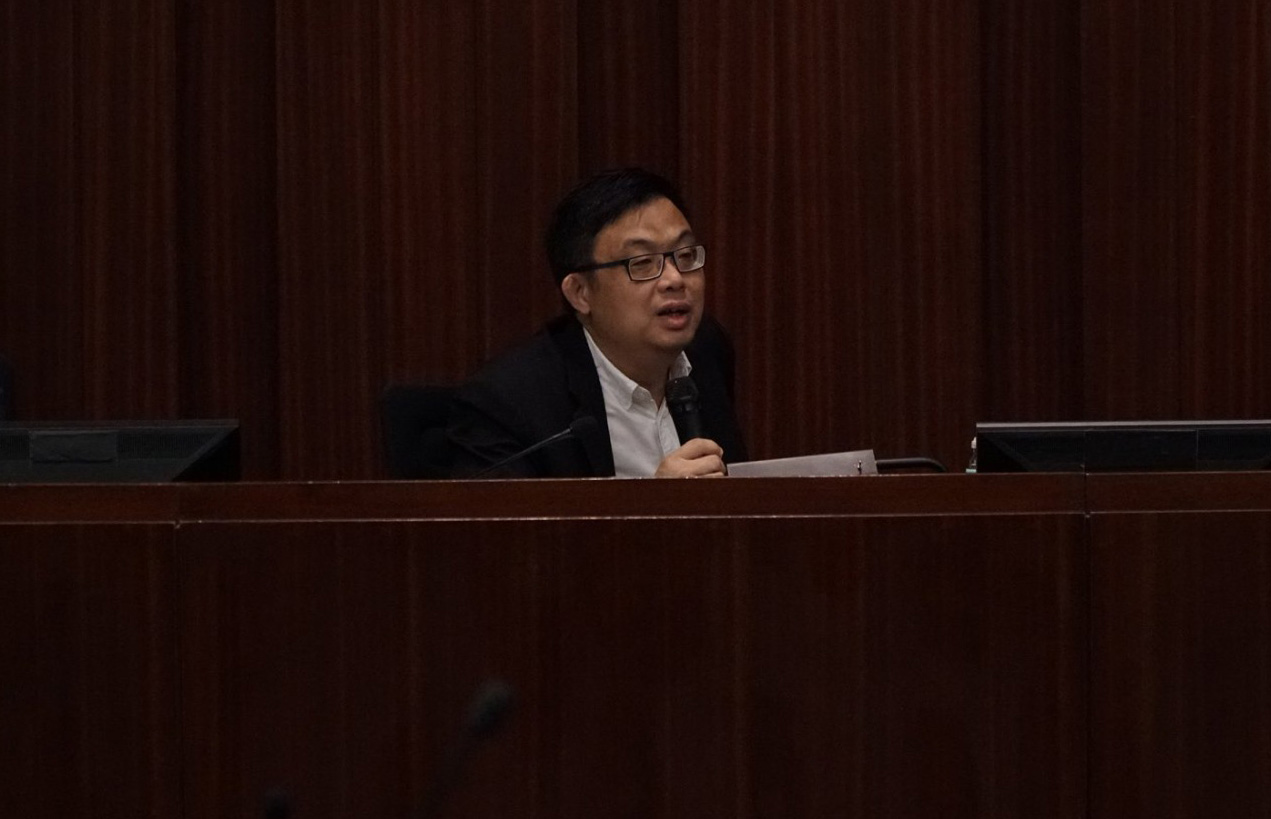 In 2018, Civic Passion’s Dr. Hon. Cheng Chung-Tai motioned to set up an “Information Database on the conduct of police officers” for the public to access. James To from the “Democratic Party” proposed an amendment, deleting Cheng’s statement about the unjust [nature of the current] handling of complaints, as well as inserting the clause “there are opinions that” prior to the recommendation for an information database, thus downgrading the original motion and treating it as simply a case in point. In the end, To’s censorship was in turn amended and vetoed, while Cheng Chung-Tai’s motion was vetoed by both the pro-establishment faction AND the Democratic Party.

Should a legislator’s amendment be passed, it would replace the original motion. Democratic Party’s James To and his motion deleted part about complaints against officers, turning the recommendation for an information database into a mere example, so that the motion is led back down the old path of establishing an independent Police Complaints Council, so to veto [the amendment] is the responsibility of the Opposition. The motion proposed by Cheng Chung Tai, which recommended the establishment of an officer misconduct information database, is a positive and reasonable one.

The spectacular proceeding during parliamentary meeting that day, when Cheng Chung-Tai and James To’s face off at the Council can be reviewed in the following –

Motion: Requesting the government to set up an information database on the conduct of police officers

Legislator, the bill motioned by the Hon. Dr. Cheng Chung-Tai is as below:

Cheng explains in his speech:

“The political conflict in the city has intensified after LEUNG Chun-ying came to power. The Hong Kong Police Force ("the Police Force") has completely become the repressive tool of the ruling power after the outbreak of the umbrella revolution.”

“As the social resistance movement came to a fiasco, the winning parties of the SAR Government, the Police Force, and their supporters have increasingly been dominated by the victor-to-rule mentality. This would not only do harm to the political or social movement, but also caused the internal governance of the Police Force to lose control.”

Legislator James To’s amendment: taking Cheng Chung Tai’s motion for an information database and turn it into “there are opinions that”

“In his amendment, Mr James TO proposed to set up an independent mechanism for monitoring police officers. However, as far as I understand it, there is presently a monitoring mechanism independent of the Hong Kong Police Force, i.e. the Independent Police Complaints Council ("IPCC"). Of course, in terms of member appointment and composition, IPCC and the monitoring mechanism advocated by Mr TO may not be exactly the same. Yet, I am not convinced that the proposal in his amendment can, in any way, achieve the goals that I wish to achieve by setting up the information database on the conduct of police officers.”

“My goals are actually very simple. As the current system does not offer any means to monitor and keep in check the behaviour of on-duty and off-duty police officers, the only solution is to disclose their conduct to be monitored by the people of Hong Kong. In my view, under the political system that is defective with limitations, this approach has the utmost openness, fairness and impartiality.”

Who voted in favour of James To’s amendment, which expunged all mentions of the unfairness within the mechanism for lodging complaints against officers and abandoned the call for setting up an information database?

Who voted against Cheng Chung-Tai’s bill?

During the entire proceeding, other than James To – having followed-up on security matters for many years – having motioned for and spoke on the amendment, only 3 members from amongst the pro-establishment spoke while not one from amongst the Pan-Democrats said a word.

Legislator James To: denying that officers are tools of autocracy but believes that there is a black sheep in every flock

James To’s speech reflects how the Democratic Party view officers’ abuse of power, as part of the government’s administrative alliance: “Does Dr CHENG think that, due to LEUNG Chun-ying's connivance or fear of police officers in the past few years, and his reliance on the Police to be the tool of autocratic rule, some police officers have thus become fearless or even bold enough to commit criminal offences including theft, sex crimes and corruption? … I cannot say that the number of such cases is particularly on the high side in recent years; I can only say that "There is a black sheep in every flock".” (Page 8719-20, https://www.legco.gov.hk/yr17-18/english/counmtg/hansard/cm20180412-translate-e.pdf)

James To’s following words is the Democratic Party’s statement addressing the issue that officers have become political tools: “If you want me to say that the Hong Kong Police Force are out-and-out tools of the autocratic government, having the power to use force and being the accomplices or executors of the violent government, I am afraid I cannot say so.” The next statement should be forever etched in history: “I can only say that during the years of LEUNG Chun-ying's governance, there were major conflicts in Hong Kong, and the Government had not taken the stringent measures as in the past and [discipline] had been lax in requiring police officers to remain politically neutral and in regulating police officers.” By saying that these political tools that have been used to suppress the resistance movement for several years as “discipline has been lax”, is the Democratic Party’s historical judgement.