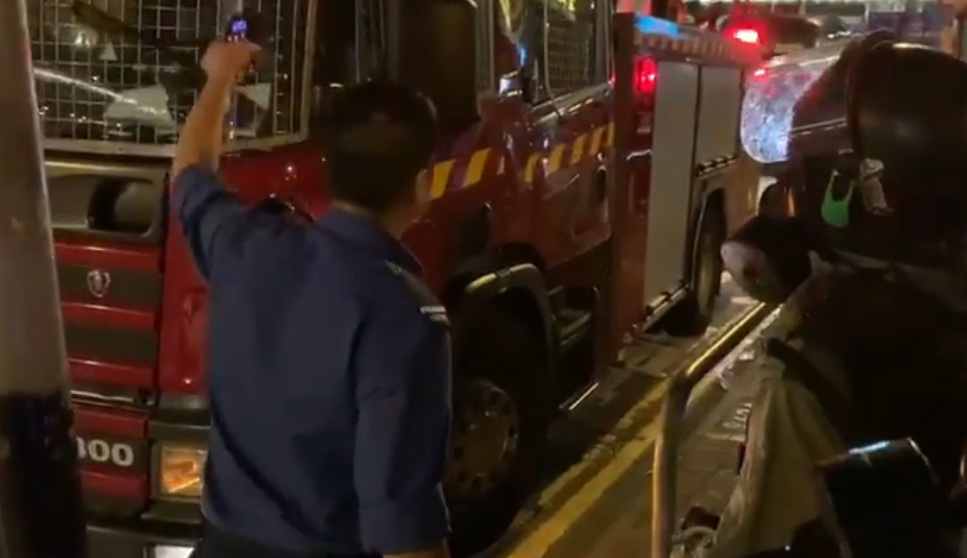 Clashes erupted in both the Hong Kong Island and Tsim Sha Tsui districts on the 2nd of November, where the police fired multiple rounds of tear gas; in the meanwhile, the anti-riot police caused a scene in Central when they engaged in a verbal joust with a fire fighter.

The incident happened at approximately 7pm, somewhere close to the Chinese General Chamber of Commerce, when a fireman resenting that his vehicle was fired upon by the cops alighted to reason with them. During the course of which, the cops went hysterical and began yelling at him; the fireman immediately shouted back “have a look at my eyes”, for which he was jostled around by the cops.

The ugly scene of these cops going hysterical was filmed by reporters present, who consequently were likewise shoved around by the cops as well as being sprayed with pepper spray from a distance. The cops were also abusively calling journalists “rogue reporters”.