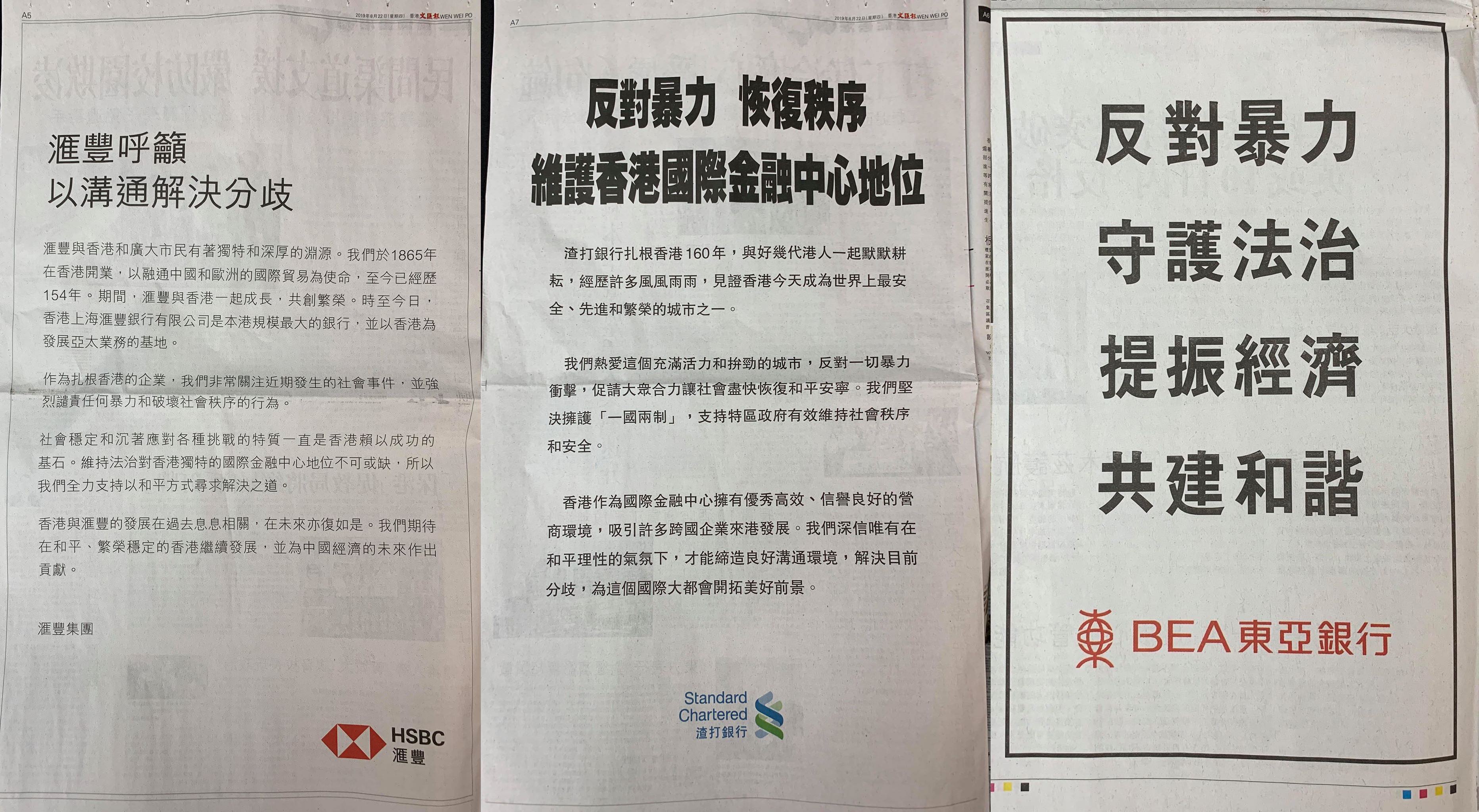 Standard Chartered Bank Hong Kong stated that having been in Hong Kong for 160 years, it has experienced firsthand how Hong Kong rose to become one of the safest, advanced and prosperous cities in the world. Standard Chartered Bank Hong Kong says it opposes any violent clashes and hopes that the general public would allow society to return to a state of peace and harmony, firmly upholding the “One Country, Two Systems” principle, support the government in effectively keeping law and order, as well as resolving current issues in a civil and reasonable manner.

Bank of East Asia indicated that it opposes violence, defends the rule of law, striving for a revitalised economy and restoring harmony.

HSBC stated that, as a business that has been firmly rooted in Hong Kong, is very much attentive of recent social issues and strongly condemns any violent actions that would disrupt social order. HSBC also pointed out that social order and calmly facing challenges have been traits that were the cornerstones of Hong Kong’s success, where the rule of law has been vital to Hong Kong’s unique position as a financial hub and is supportive of reaching a resolution peacefully.