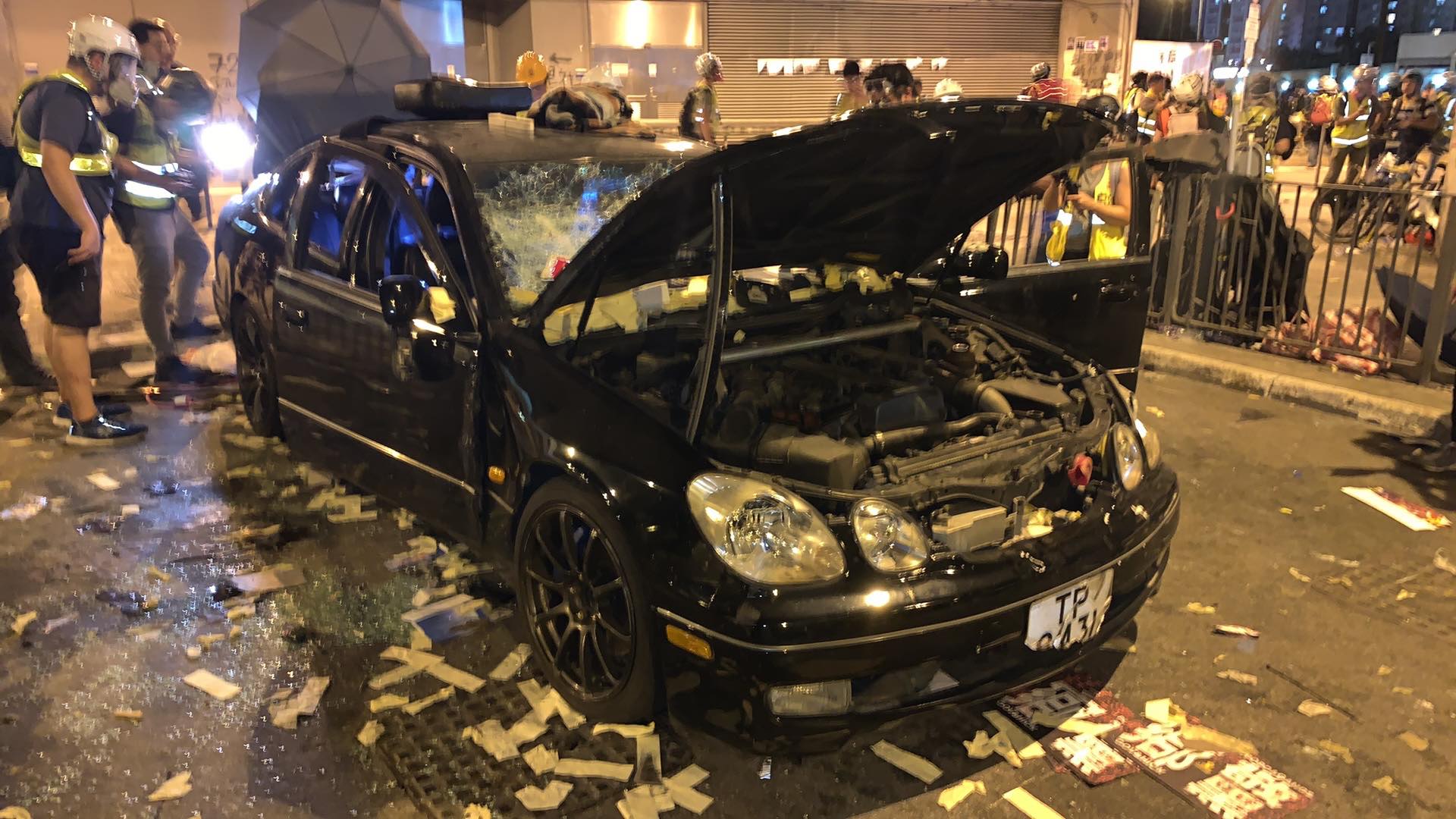 A point of focus during the “Reclaim Yuen Long” action (27th July, 2019) was that protesters found a hoard of canes and a hat, suspected to be PLA-issued, in a car close to Nam Bin Wai Village where white shirt thugs had previously gathered. After the said car was trashed by protesters, a Japanese Katana and a Bo staff, as well as letters and account records, were also discovered within.

An electricity bill was found in the car addressed to someone named “Yip Foo”, which is suspected to be the same as the Ye Hu, the deputy chief of the New Territories Work Department of the HK Liaison Office. The Liaison Office issued a statement in clarification during the middle of the night, denying that the car and the contents within had anything to do with their NT Work Department, while expressing strong condemnation against any related malicious rumours.

A Liaison Office representative stated that there are online rumours claiming that the the car in question, found at Yuen Long, belonged to a department staff at the Liaison Office New Territories Work Department; to which the spokesperson criticised as someone making an opportunistic, malicious hype, saying that the rumours were misplaced and absurd.

The representative also pointed out that the said car and the contents within had nothing to do with the Liaison Office’s NT Work Department and its personnel. The NT Work Department also strongly condemned such underhanded tactics in creating malicious rumours and false defamation, as well as reserving all rights for any legal action.