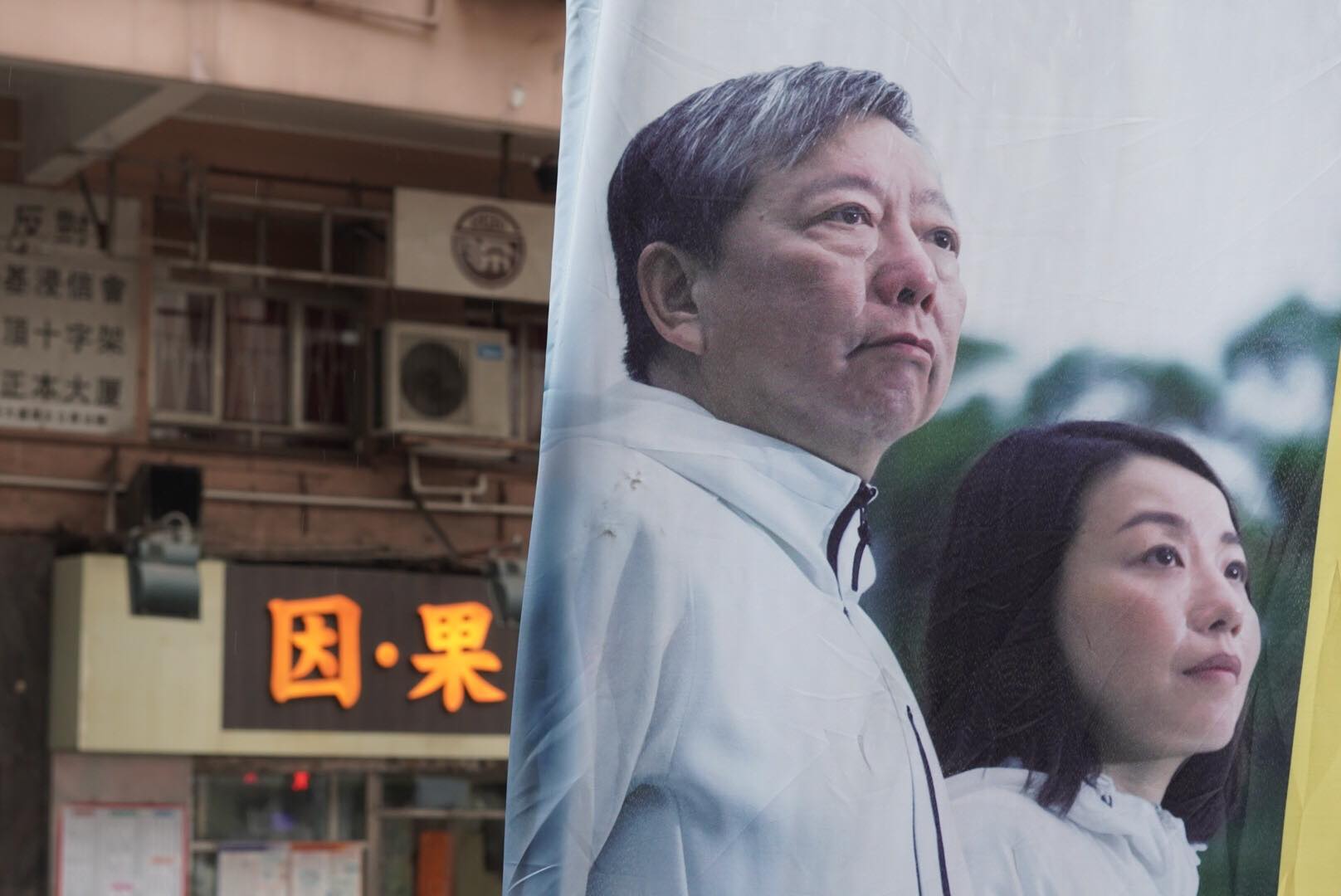 Hong Kong newspaper Mingpao published an interview with Lee Cheuk Yan on February 7, in which he discussed his defeat during the Kowloon West by-election, as well as the way to attract votes from the so-called “Hong Kong localists”. As part of the interview, Mingpao also invited one of these “localists” for a dialogue with Lee. [1]

The said interview was titled “Valiant resistance is not a savage monster”. This title was clearly non-syntactic, basically confusing the object with the subject while at the same time hiding the real subject from the title. Yet to them, who cares whether it’s “professional”, as long as they string some buzzwords up and make sure that they get voters to vote for the interviewee.

It indeed had “oomph”, as Lee Cheuk Yan, being the secretary of the Hong Kong Alliance in Support of Patriotic Democratic Movements in China, openly supported the idea of having the citizenry incite violent uprisings, in stark defiance to the ideas of peace, rationality and non-violence he had strongly advocated all these years.

Using the yellow vest protests in France as an example, Lee noted that violent clashes between protesters and the police (including arson and setting up blockades) “likely” might succeed in the end. Lee also pointed out that while violent demonstrations often occur in France and South Korea, these countries as a whole usually remain peaceful. To him, the Mongkok demonstration in 2016 pales in comparison with what happens in those countries.

In conclusion, Lee commented on the possibility of carrying out violent uprisings and demonstrations in Hong Kong, saying that he understood that Hong Kongers were not ready for it, nor would he be capable of carrying out something like that. Nevertheless, in light of the current social pressures, he believed that violent uprisings should not be seen as a savage monster. He also noted that while Hong Kongers might not be ready, no one should condemn those who were ready.

Lee Cheuk Yan Distorts “Valiant Resistance”
On multiple occasions during his interview, Lee referred to “valiant resistance”, as exemplified by Civic Passion and Hong Kong Resurgence, as a synonym for “violent conflicts”.  Yet what he claimed was definitely not what “valiant resistance” is about. The form of “valiant resistance” previously practised by Civic Passion and Hong Kong Resurgence was about having an elite crew personally carrying out social resistance in a precise, proactive but cautious way. The previous protests against “locusts” and smugglers from Mainland China crowding Hong Kong’s streets cannot be more different from the “violent clashes” Lee was talking about.


Lee Cheuk Yan Awaits Violent Clashes
After saying that Hong Kongers are “not yet ready”, Lee also said that neither was he. What he was really saying that he was waiting for the average Hong Kongers to completely open up to violent uprisings, rather than having himself and the organisations that he is in charge of (such as the Hong Kong Alliance in Support of Patriotic Democratic Movements in China and the Labour Party) join in the fight personally. This is called “trying to reap what others have sown without lifting a finger”, not “valiant resistance”. In the past, “valiant resistance” was about having an elite unit pushing themselves to the limit, with members of the group as well as its leaders fully participating in action.

What Lee is calling for, instead, is waiting for every Hong Konger to finally be prepared for violent demonstrations, so that they can then come out to usurp the movement, establish themselves as tactical command and have Hong Kongers sacrifice their lives. This is no different from how the playboy Marius Pontmercy, from Les Miserables, sacrificed the peasants’ lives for his “revolution”.

The Fake Localists and the Fake Hong Kong Independence
Elections for the Legislative Council and District Councils are coming. In order to get the “localist” votes, this old fox from the Pan-Democrats went so far as stealing the term “valiant resistance” and twisting it into his “wait” for the day when Hong Kongers are prepared for violent demonstrations. In doing so, Lee Cheuk Yan has abandoned his “moderate” voters who had followed him for years, by acting in concert with communist China’s proxies and irresponsibly putting Hong Kongers in harm’s way.

Just who are these proxies of the Chinese communists? The so-called “localist” invited by Mingpao to engage in a dialogue with Lee during the interview (who also claimed to support Hong Kong’s “independence”) was appointed by communist China in 2017 to be a member of the National People’s Congress electoral college in Hong Kong. This was no secret to anyone, as it was published in the press at the time. [2]

So what more is there left to say?